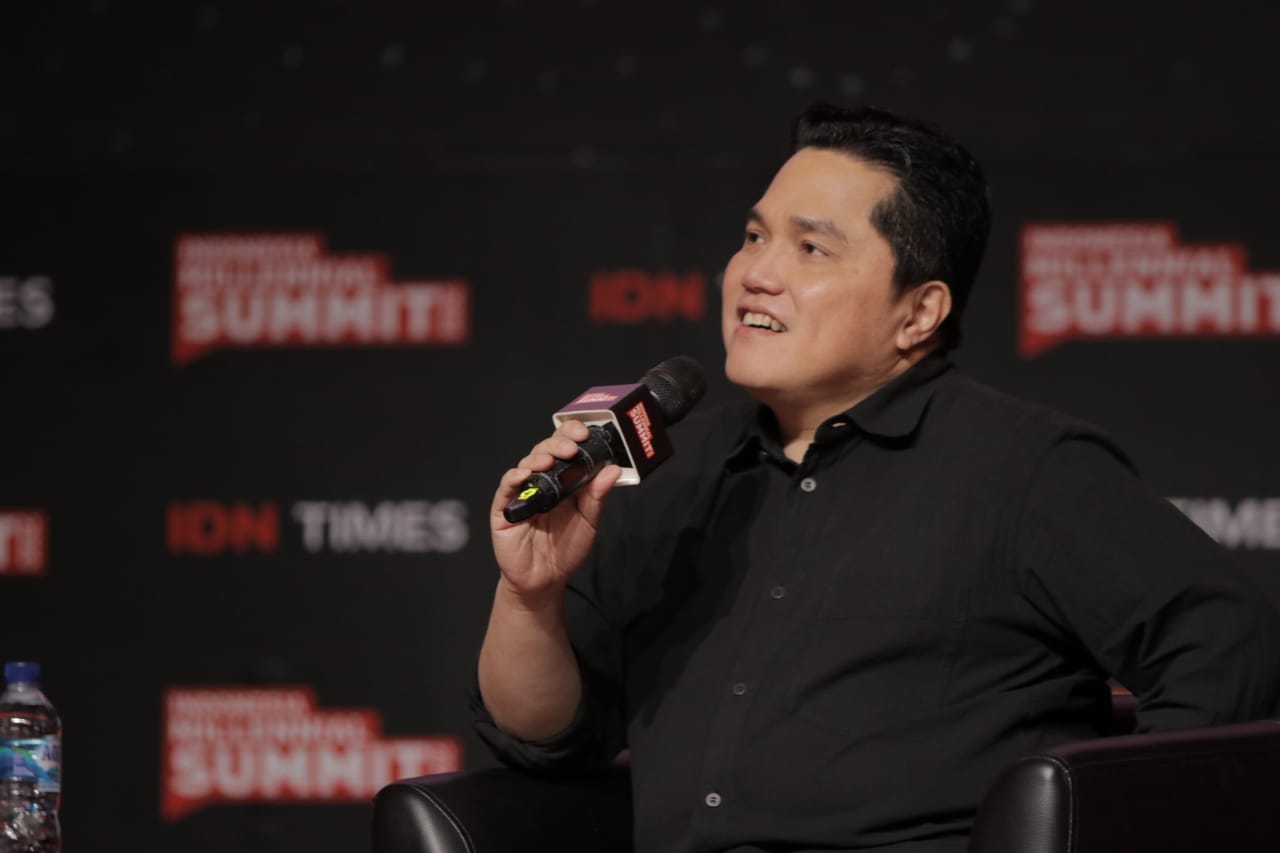 Indonesia Millennial Summit (IMS), an annual event conducted by IDN Media, was finally back on 17-18 January 2020 in The Tribrata, Jakarta. In the second year, Indonesia Millennial Summit 2020 got many positive responses mostly from millennials. This could be seen from the enthusiasm of the young participants who had been queuing since morning to take part in the summit.

On the first day and after the launching ceremony of Indonesia Millennial Report 2020 in "Visionary Leaders" stage, Minister of State-Owned Enterprises, Erick Thohir, began the summit with a discussion of the strategic plan that Indonesia would execute in 2020-2024. He said, "Indonesia needs many pillars to be able to bring good governance to reality. One of them implemented by the Indonesian State-Owned Enterprises is called Good Corporate Governance or the process of balancing the power of large private companies while helping develop micro-businesses for the sake of public service. Millennials must begin understanding this in order to continue what we are doing, in a better way." Not only that but he also hoped that women could occupy at least 15% of the total members of the State-Owned Enterprises board of directorsーthe number that had been standardized by the countries in Southeast Asia.

For the "Future is Female" stage, there were 10 speakers who would deliver their ideas on the first day of Indonesia Millennial Summit 2020. One of those speakers was Ariel Tatum, an artist and a singer who had apparently been trying long enough to neutralize the common sense stating that mental health was something taboo. In a session entitled “Normalizing the Conversation: Mental Health”, Ariel admitted that she once had Borderline Personality Disorder, a personality disorder causing anxiety, a sense of emptiness within us, mood-swing, which could result in self-hurt or even suicide. “Being aware of something odd about you is good. The characteristics of that personality disorder do look trivial, but feel more deeply and ask: is that normal? Finally, in October 2019, I felt it was the right time to speak up, so I created #LetsEndTheShame. It is no longer a taboo thing to go to a psychologist or psychiatrist. That's a part of life," she said excitedly.

In the stage of “Talent Trifecta” with “What Lies Ahead for Music Industry in Indonesia” as the subtheme, Rossa as a singer and Maia Estianty as a music producer conveyed their perspectives about the future of music industry in our country. Along with the development of this digital era, our music industry also experienced a shift: once, it was ring back tones, but songs now could be found on music platforms, such as Joox and Spotify. In order to be able to enliven this growing industry, Rossa stated, "You need to differentiate first, whether your desire to sing is really because of your passion or you just want to get the money. If it’s passion, the theme, the music genre, the target audience will be based on your true fondness. To get noticed, in this digital age, I don't think that's a difficult thing. Aside from competition, an online platform with a large audience can help, too. " Meanwhile, the "Hijrah" stage at Indonesia Millennial Summit 2020 had the presence of The Little Giantz Animation Studio CEO, Aditya Triantoro; BEM UGM 2019 Chairman, Atiatul Muqtadir; and the Koran reciter, Muzammil Hasballah with a subtheme: "The New Lifestyle in the New Transforming Digital World". Digital movement could certainly make religious content easily accessed. "Spreading religious content is naturally associated with sensitive matters. However, we see this as a struggle and it will surely meet obstacles. Face it while we are spreading something positive, for the sake of Bhineka Tunggal Ika," they said. The speakers on the second day tomorrow wouldn’t be less inspiring and interesting. More information about the rundown of Indonesia Millennial Summit 2020 could be accessed by downloading IDN App on Google Play or Play Store.